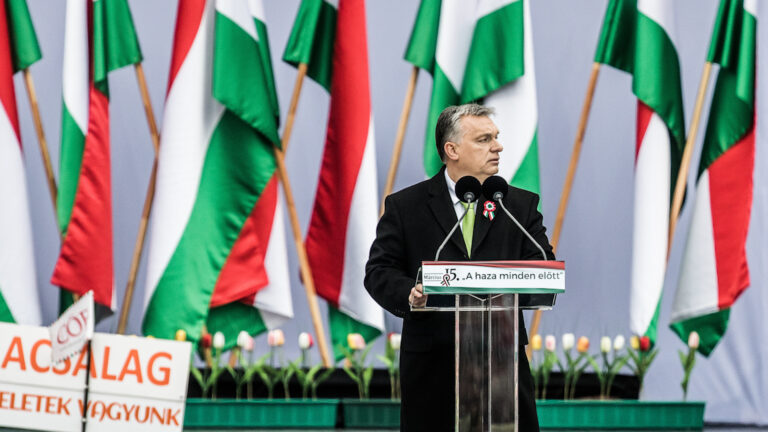 2010 was the year of elections in Hungary and the result of these elections were shaped Hungarian democracy after that time. Viktor Orban became the Prime Minister of Hungary as President of the Fidesz Party (Magyar Polgári Szövetség)  and he has been carrying out this duty ever since. This was the second time that Orban took this title. He was the prime minister from 1998 to 2002. He blamed the democratic regime and the media for the reason he lost the 2002 elections. After that time, he set out to make sure that when he came to power again, he would never lose it (Shattuck, 2019). Since 2010, he has been attacking the main elements of democracy in the country to increase his power. He controlled the country’s media and ignored the rule of law which is the important principle of democracy by bringing his proponents to the judiciary, which should be independent. In addition to these, it started to take action against civil society.

The Orban Administration created an increasingly restrictive environment for CSOs with the legislation that has increased administrative burdens and furthered control over CSOs’ areas of operations and engagement in political activity. Furthermore, further measures such as obligations for CSO executives to declare private assets, restricted access to public documents, and complex registration processes caused many CSOs to give up and refrain from influencing public policy (Grinde, 2017: 48-49). It also reached out to funds that are especially important for the sustainability of these organizations. First of all, Orban restricted the funds of organizations that support human rights, democracy, and accountability and suspended funding of CSOs that have expressed or published criticism against the government. Also, the state has used its influence on the  European Union funds for this. The government funds arbitrarily and scale-up eligibility criteria to include mainly long-term and sector-wide projects, which is beyond the capacity of most Hungarian CSOs.

“And in 2017 we will also need to take up the struggle against international organizations’ increasingly strong activists…It is a problem that foreign funding is being secretly used to influence Hungarian politics. I think that on more than enough occasions we have proved that we are capable of deciding on our own fate. So, the question is whether we should yield to covert foreign attempts to exert influence. We are not talking about non-governmental organizations fighting to promote an important cause, but about paid activists from international organizations and their branch offices in Hungary. Are we going to do something to at least ensure transparency, and make these issues publicly known?..” (About Hungary, 2017)

However, Orban had already carried out activities against these organizations before this speech. In 2014, the Hungarian Government initiated a state audit against CSOs who received grant funding from the European Economic Area (EEA)/Norway Grants NGO Fund and had been critical of the Hungarian Government (IBAHRI, 2015: 39). In total 62 organizations were investigated, and the ensuing attacks and seizure of property lasted over a year. Despite the government claiming that certain groups had used international funds illicitly to subvert the country’s politics, these allegations could not be proven. However, this process sent a message from the government to foreign-funded organizations in the country.

Besides, a war was waged against the Open Society Foundation, which belongs to George Soros, which provides funding for many organizations in the country. These organizations are especially about human rights, democracy, and accountability which is the opposite of Orban’s ideas. George Soros is a Hungarian-American businessman, and he is the biggest supporter of many NGOs to support improving liberal democracy in Hungary. He is also the founder of the Central European University in Budapest, for which Orban later passed a law to close this university. Since it came to power, the Fidesz Party has been blaming Soros and Soros-funded institutions for defending opposing views and interfering with politics. Especially, Orban and then other Fidesz officials declared in their speeches that 2017 will be about dealing with foreign-funded CSOs, especially those supported by OSF (Grinde, 2017: 53). In that year, billboards and full-page media ads appeared across Hungary showing a smiling Soros with the caption, “Don’t let Soros have the last laugh”(Human Rights First, 2017: 4). While these Soros-network NGOs and other foreign-funded NGOs are blacklisted in the country and scrutiny started about them, there are also some organizations which government supports. The attitude of the state towards NGOs depends on the funds and its attitude towards the government.

Accordingly, one of the organizations supported by the state is the Civil Cooperation Forum [Civil Összefogás Fórum (CÖF)] because this organization arranges events for the government and participates in election campaigns for the Fidesz Party. While the government normally pays attention to the transparency of the funds of the SCOs, this does not mind the uncertainty of the Civil Cooperation Forum’s funds in its reports (CIVICUS, 2017). However, for transparency of blacklisted NGOs in the country Fidesz government passed “law on the transparency of organizations funded from abroad” in 2017. According to this law, While EU funds channeled through the Hungarian Government are not subject to the law, all Hungarian organizations receiving over 7.2 million Hungarian forints a year (roughly 24.000 EURO) from non-Hungarian sources are classified as “foreign-funded”. This law is demanding these CSOs to re-register in the state offices, publicly declare themselves as foreign-funded organizations and bring further administrative burdens and demands on declaring received funding (Amnesty, 2017). Furthermore, they must display this stigmatizing label on all of its publications. If they do not follow these obligations, they face sanctions, even closure of the organization. This law was seen as Hungary’s foreign agent law and anti-NGO law by other countries and foreign-funded NGOs in the country. There is much continuing domestic and international criticism against the law, including from the European Union, but still, the Orban government does not change it and is determined about this issue.

In response to Orban’s actions, civil society reactions are also rising and social movements against  to the Orban Government are increasing day by day. When the public criticizes the actions of the administration on social media, the government proposed a tax on internet data traffic in 2014. But when hundreds of thousands of people took to the streets against it, the government has decided to shelve it (BBC, 2014). Civil society in Hungary is now more aware of its power and more conscious about its influence. Civil society organizations take to the streets in the capital Budapest and protest the government, especially they protest against Orban and use of power as he pleases.

About Hungary, (2017). “Prime Minister Viktor Orbán’s State of the Nation Address” [full text in English] Retrieved from http://abouthungary.hu/speeches-and-remarks/prime-minister-viktor-orbans-state-of-the-nation-address-full-text-in-english/ (Accessed on 22.01.2021) 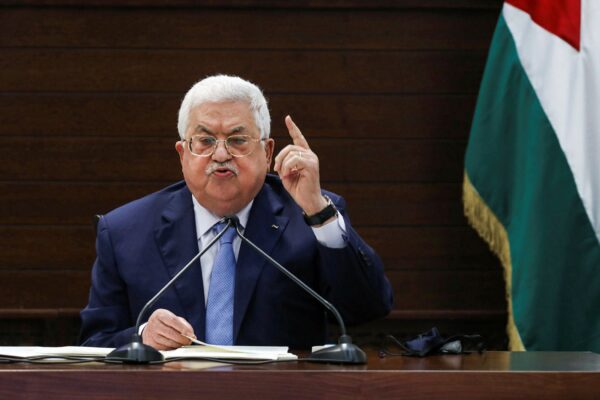 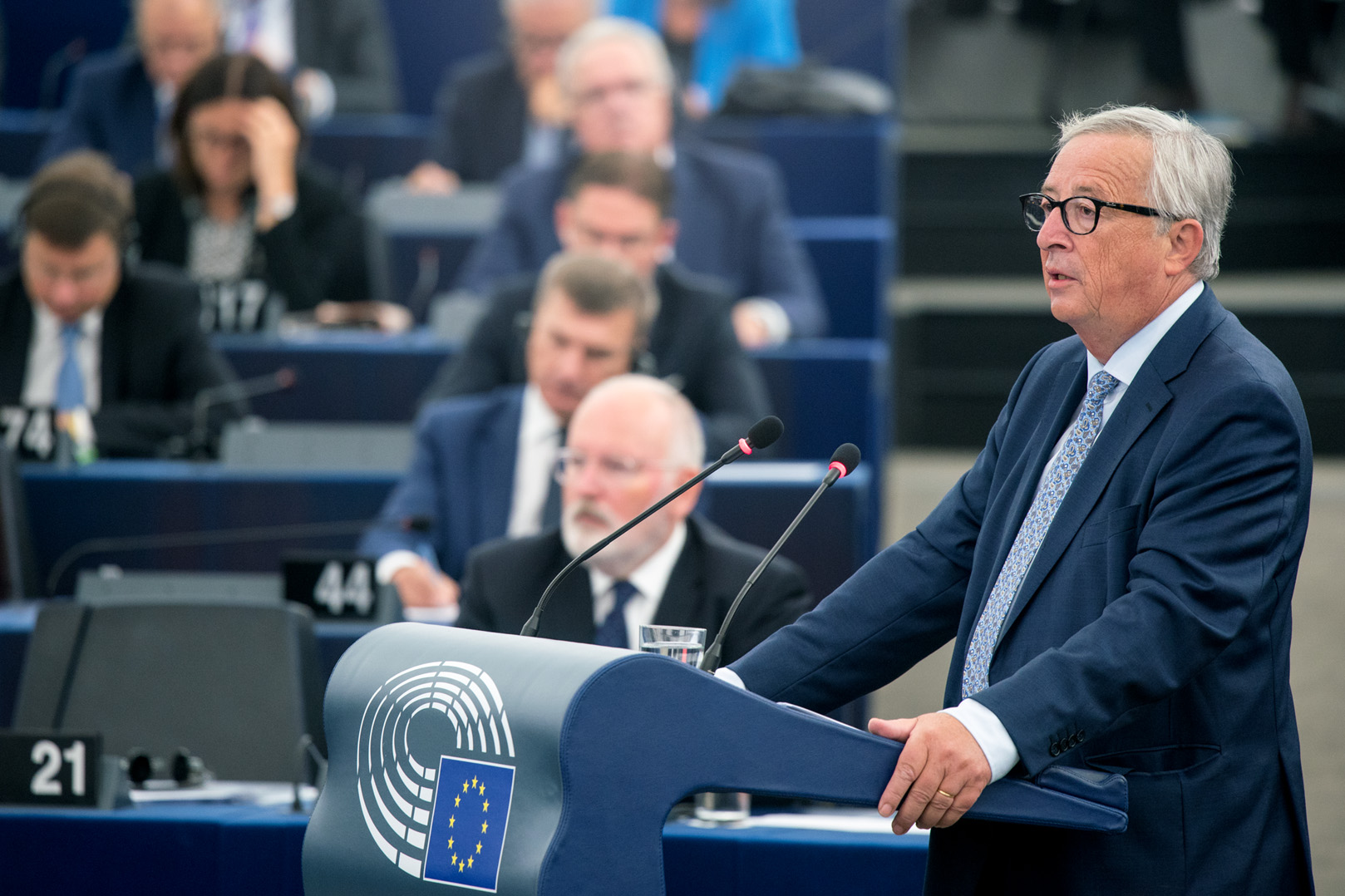