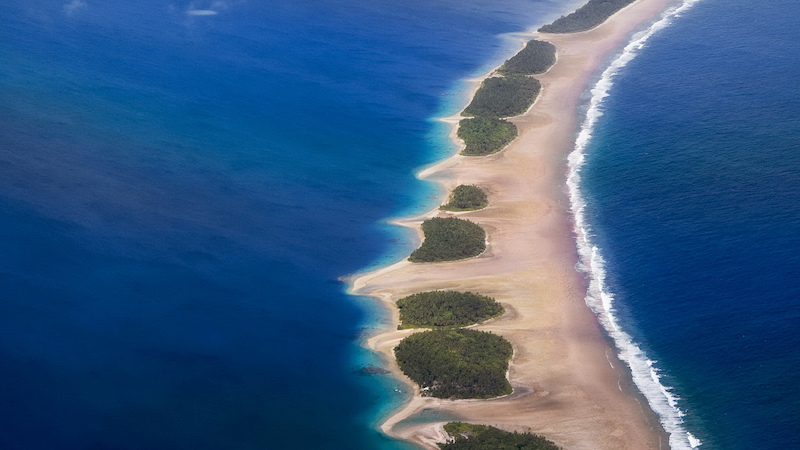 The Marshall Islands is an island country which consists of 29 atolls and 5 isolated islands in Oceania. It is located about halfway between Hawaii and Australia in the North Pacific Ocean. The climate of the country can be described as a typical tropical climate with two different seasons. The dry season is between December and April; the rainy season lasts from April to December. Temperatures range between 26-32°C in the country.

The economy of the Marshall Islands is closely linked to the United States of America and its GDP is derived mainly from United States payments under the terms of the Compact of Free Association. The islands and atolls have few natural resources, and imports exceed exports. In Marshall Islands, the most important commercial crops are coconuts and breadfruit. Tourism also holds some potential in the country.

The median age in country is 23 and most of the people live in urban areas. Also, more than two thirds of the population live on the atolls of Majuro (capital city) and Ebeye.

There is an island that called Bikini in the country, and some United States nuclear testing took place in that island between 1946 and 1958. The people of Bikini Island were removed to another Island and total of 23 atomic and hydrogen bomb tests were conducted by the United States of America at that time. Despite the clean-up attempts on the Island, even if today the Island is still uninhabited due to the effect of nuclear contamination. The United States of America paid approximately $185 million for the damages in Bikini Island in the 1983 and 1999. On the other hand, Kwajalein atoll in Marshall Islands is the site of an American military base and has been used for missile defense testing since the 1960s.